Aldous Huxley interviewed by Mike Wallace in 1958 about Enemies of Freedom a.k.a Brave New World Revisited.

As someone very accurately stated in one of the comments on this video: Remarkable that we (Editor's note: some people), must listen to an interview from 1958 to understand what's happening in 2021.

If you've never heard of this book (it's a classic), there is indeed a very big hole in your knowledge of world history.

If the Mainstream Media (MSM) or excessive use of social media has trained your brain into a state of "say it in a sound bite or I don't understand" – you should not be on my website. I say this frequently and I mean it. However, if you find complex subject matter intriguing and if you want to be truly informed, you're in the right place.

I can highly recommend this 5 part documentary series titled Counter-Intelligence. 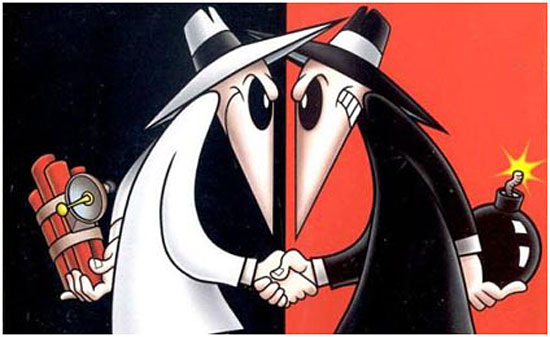 From the rise of the national security state and mass proliferation of state/corporate propaganda, to the normalization of constant, now remote (drone) warfare and the ongoing decay of constitutional rights, Noble (director) lays out some of the most significant – yet often overlooked or outright censored – information about one of the most significant issues of our times: Black Ops.

Noble helps to expose the real conspiracies factually, transparently, and responsibly. It's a film that should be screening across the US, but given the nature and subject of the film, don't count on it.

Counter-Intelligence would be an excellent addition to college classes on political science, history, sociology and critical thinking, to spark debate and discussion, utilizing what's left of our First Amendment rights while we still can.

Part 3: The Strategy Of Tension 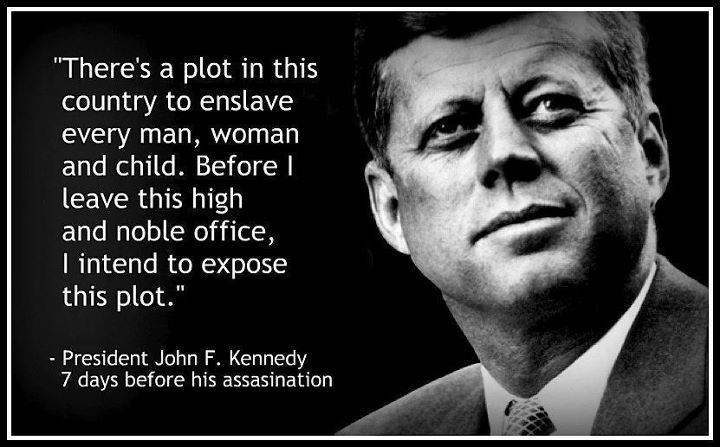 The Men Who Killed Kennedy is a 9-part documentary series made by Nigel Turner that began with two episodes originally airing in 1988 in the United Kingdom in two one-hour segments. The US based Arts & Entertainment company purchased the rights to the original two segments and in 1989 the series was nominated for a Flaherty Documentary Award. Three more one-hour episodes were added in 1991 and a sixth episode appeared in 1995.

The series typically aired in November every year but also from time to time during the year as repeats. In November 2003 when three additional segments ("The Guilty Men, "The Smoking Gun" and "The Love Affair") were added by the History Channel the consequences were so immense, that the entire series was taken off the air though the History Channel still sells DVD copies of the first six documentaries.

The Men Who Killed Kennedy offers chilling evidence that American democracy has become a convenient lie; that a conspiratorial coup d’état removed a sitting president and then hid that fact from the American people and the world. This may sound like the stuff of wild-eyed paranoia but these filmmakers did their homework extremely well, which is why the final 3 episodes are now banned.

Interviews include levelheaded witnesses, government agents and Dallas cops present in Dealey Plaza on November 22, 1963. The sheer number of unexplained facts is mind-boggling and this series more than any other documentary ever made about the Kennedy assassination, proves beyond all reasonable doubt why the government's version of the events that took place on November 22nd, 1963 is not only improbable but simply impossible.

You can watch the first 6 episodes and the 3 episodes that are now banned in this post: The Men Who Killed Kennedy

For starters: Did you know that President Kennedy's Secret Service agents were told to step away from his car and stand down, just seconds before the vehicle turned into Dealey Plaza?. President Kennedy was sent into an open space, into a crowd, without ANY bodyguards around him as you will see in the video below.

In the 5 years after the murder of JFK the following high profile, outspoken activists for human rights and civil liberties were ALSO assassinated:

On July 16th, 1999 John F. Kennedy Jr. died in a plane crash under extremely suspicious circumstances. Another JFK assassination would have been way to obvious of course, so JFK jr. dies in an "accident" at age 38. Remember that his father became President when he was 43 and JFK jr. also had serious plans to run for office.

Do You See The Pattern Here?

If you seriously believe that all this was simply a coincidence, you obviously cannot think and/or analyze and you should not be on this website.

When you eliminate the impossible, whatever remains, however improbable, must be the truth.

Intro To The Men Who Killed Kennedy (watch first)

Part 2: The Forces Of Darkness

Part 6: The Truth Shall Make You Free