If you've reached the point where you're saying to yourself, "..okay, I get it now, I can have a happier life if I manage to raise my consciousness/the frequency that I think on and act from to a higher level, but how do I do it?, reading this book is a good place to start.

Handbook to Higher Consciousness was written by Ken Keyes Jr. and it was first published in 1972. It's still available in bookstores though sometimes only in used versions. To my surprise, it has also been made available online and if there ever was a time or need for this book to be read it's now. This is the link to the site that I am referring to and I included the PDF below. I'm not saying this book will give you all the answers you seek, but it might be a place to start.

Other books that came to mind to recommend (for the holidays) are Journey of Souls by Dr. Michael Newton and these 3 books by Barbara Marciniak in this order: Bringers of the Dawn, Family of Light, and Path of Empowerment.

You can read a few excerpts from Bringers of the Dawn on this page on Barbara Marciniak's website, but please take this to heart: if what you read doesn't resonate with you, you're not ready for this material and/or these books are not for you. And that's ok! If you want to know more about this author before diving into the books, you can watch a workshop she gave in 2007 in this article: Pleiadian Wisdom For Challenging Times.

The HeartMath Institute first came to my attention in 2012 when I was screening the documentary Quantum Communication for my website, so I've been familiar with their work for quite some time.

As I have a naturally high level of energy and resilience (and other special innate abilities) it's much easier for me to deal with the current global situation than it is for the average person, and I have said over and over again that Your Mind is the key to your Well-being and Reality – but so is Your Heart.

If you find the Institute's information useful I encourage you to share these links with others so more people can benefit from them.

The Science of Heartmath

The Interconnectedness of Life

The Importance of Resilience

The HeartMath Experience – Ease Stress Overload and Increase Your Resilience

I came across a channel on YouTube recently called Truth Warrior which is run by David Whitehead and in this article I want to feature one of the series that he made called Cults Of Death And Power.

The episodes were posted online between October 26th, 2019 and December 9th, 2019, i.e. way before the world had ever heard of "COVID-19", but in my opinion the topics that are covered in this 4 part series are extremely useful for gaining a better understanding of The Big Picture with regard to this so-called "pandemic".

Synopsis from Episode 1 by Truth Warrior:

This is episode one in a series on CULTS both ancient and modern. Many books and docs have focused on the leaders of these fanatical groups, which is indeed necessary and interesting. I would like to touch on that, but focus mainly on the FOLLOWERS themselves. What is it in each individual member of any cult that drives them to blindly give over their minds and better judgement to liars, abusers, psychopaths and lunatics? No followers…no cult…right!?

From the cults of the ancient world, to the many cults that have been exposed in modern times, from various religions to political movements, what is this really all about? This will be an investigation into cults both past and present. I will look at some cults that seem to be rather insignificant, to those of major import and relevance to our present time. Are there common threads? Are there safe-guards against indoctrination? Are there cults or cult-like groups operating in the world that are largely unseen and unknown? Could a person be in a cult and not even be aware of it? Are cults only about making money off of the ignorance and naiveté of the masses who flock to them, or is there more to the story?

Cult leaders and followers have been shown to consist of people of all backgrounds, all levels of education, all levels of intellect, and all levels of economic status. They are also found everywhere in the historical record throughout the world. The only main common denominator is that this is uniquely a human thing….

This series is very information-dense and not for the faint of heart. If you're new to this subject matter, I advise you to keep a pen and notebook ready to jot down words, book titles, and other information that you might want to look up later. It will also be useful to write down where you stop watching a particular episode as you will probably not be able to watch everything in one go, but it will definitely be worth your while.

In addition to this series, I'm adding the episode below about Collectivism, as this topic is also very important for a better understanding of the ideology behind the measures and policies that have been and are being implemented worldwide. 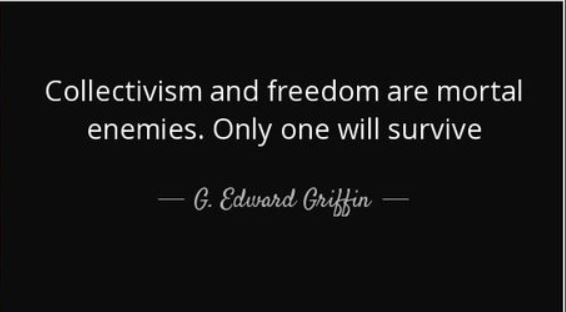 The Truth About Collectivism was streamed live on April 2nd, 2019. 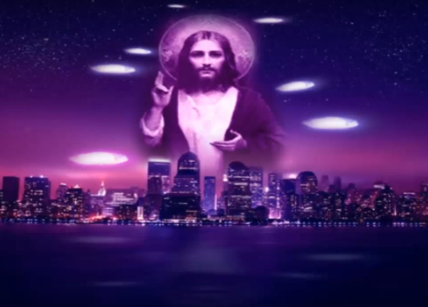