From Library Journal
Author Talbot writes that ". . . there is evidence to suggest that our world and everything in it are only ghostly images, projections from a level of reality so 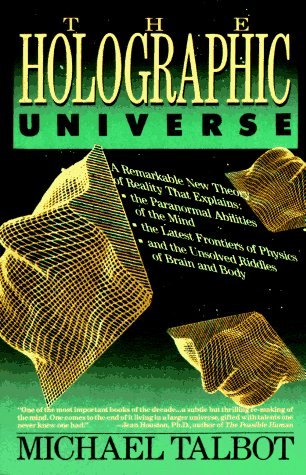 beyond our own, it is literally beyond both space and time." Hence the title of his book.

Beginning with the work of physicist David Bohm and neurophysiologist Karl Pribram, both of whom independently arrived at holographic theories of the universe, Talbot explains in clear terms the theory and physics of holography and its application, both in science and the paranormal and psychic.

His theory of reality accommodates this latest thinking in physics, as well as many unresolved mind-body questions.

E=mc2. Just about everyone has at least heard of Albert Einstein's formulation of 1905, which came into the world as something of an afterthought. But far fewer 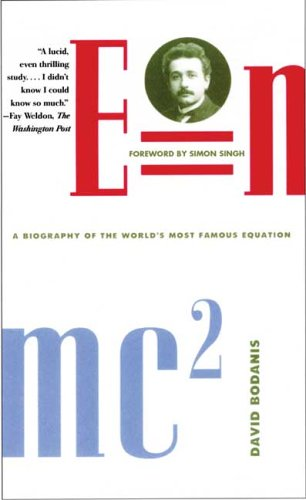 can explain his insightful linkage of energy to mass. David Bodanis offers an easily grasped gloss on the equation. Mass, he writes, "is simply the ultimate type of condensed or concentrated energy," whereas energy "is what billows out as an alternate form of mass under the right circumstances."

Just what those circumstances are occupies much of Bodanis' book, which pays homage to Einstein and, just as important, to predecessors such as Maxwell, Faraday, and Lavoisier, who are not as well known as Einstein today. Balancing writerly energy and scholarly weight, Bodanis offers a primer in modern physics and cosmology, explaining that the universe today is an expression of mass that will, in some vastly distant future, one day slide back to the energy side of the equation, replacing the "dominion of matter" with "a great stillness"–a vision that is at once lovely and profoundly frightening.

Without sliding into easy psychobiography Bodanis explores other circumstances as well, namely, Einstein's background and character which combined with a sterling intelligence, to afford him an idiosyncratic view of the way things work. A view that would change the world.