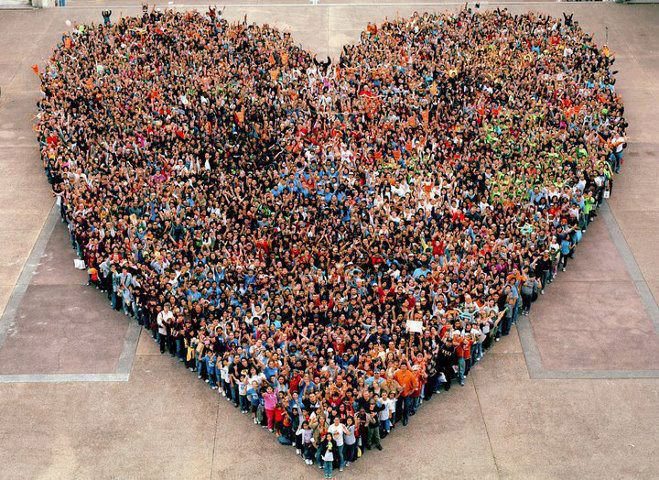 Ode To Joy, the choral part of the fourth and final movement of Beethoven's 9th symphony is my favorite piece of classical music. Bar none. It's not just a tribute to Joy but also to Brotherhood, Love, Nature and Freedom, which is why I think it's particularly relevant to the world today.

Over the years, Beethoven's Ode to Joy has remained a protest anthem and a celebration of music. Demonstrators in Chile sang the piece during demonstrations against the Pinochet dictatorship and Chinese students broadcast it at Tiananmen Square. It was performed (conducted by Leonard Bernstein) on Christmas day after the fall of the Berlin Wall replacing Freude (joy) with Freiheit (freedom), and at Daiku (Number Nine) concerts in Japan every December and after the 2011 tsunami. (see Ode To Joy)

I already posted the first clip in another article in 2014 as an example of how the power of music can bring people together. In this article, I added a video about Beethoven's 9th as a symbol of Freedom and also the concert, so you can read the words that are in the choral. I realize that classical music isn't for everyone :), so you can jump to 55:05 in the last video to skip the beginning of the concert and jump to the choral. I promise you goosebumps! and maybe even a tear or two.. (unless you're soulless, in which case you shouldn't even be on my website)

In the video below you will see that Ode To Joy was what I would call 'hijacked' by the European Union, which I think is a disgrace (and probably not something Beethoven would have agreed with, as with the use of it by the Nazis), but that doesn't take anything away from his genius of course.

Watch from 56:45 onwards for the choral with German, English, and Spanish subtitles.