This book deals with a controversial topic, alternative human history, or rather the dark side of human history that has been hidden from the average person's world view. This 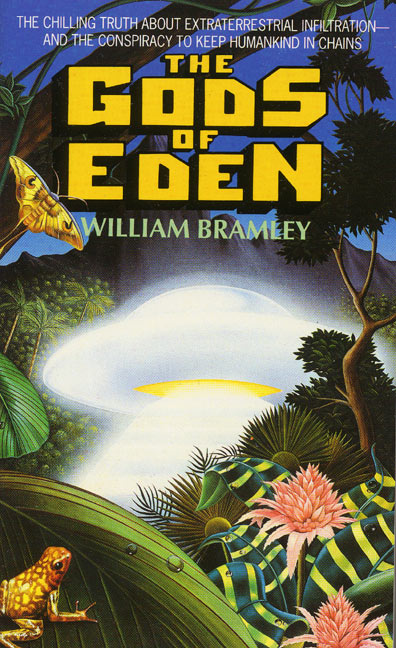 is arguably one of the most fascinating fields of study, rivaled only by parapsychology.

Unfortunately, it is very difficult to find reliable sources on this subject, as many of them are based on 'channeled' information or baseless conjecture.

In The Gods of Eden, William Bramley backs up all of his arguments with reliable sources. Furthermore, his research is not tainted by personal attachment to any particular belief system. He does an excellent job of bringing many neglected and obscured topics to light, some of which will permanently change the way you view the world, its governments, and especially religion.

William Bramley is a historian in his own right. His work essentially follows a certain mystery cult throughout history, from ancient times to the present day, identifying its branches through their common symbols. He further explains the power that this group holds and its enormous influence throughout history on society and religion.

The Gods of Eden s a very solid primer on alternative human history, which will open up many doors of further research for the inclined reader. It also has the potential of liberating the average intelligent and open-minded individual, from the relentless clutches of our deceptively common paradigm.