If you think climate engineering is "something that 'tree huggers' should concern themselves with", because "you have more important things to do", you should really think again. Climate engineering/weather modification has extremely serious consequences and the effects will be seen and felt on a global scale in the very near future.

For more information I would like to point you to the research that has been done by Dane Wigington on this subject. Mr. Wigington has an extensive background in solar energy. He is a former employee of Bechtel Power Corp. and was a licensed contractor in California and Arizona. He is now the lead researcher for www.geoengineeringwatch.org and has investigated all levels of geo engineering from chemtrails to HAARP.

The playlist below contains 5 videos. In the 1st video Dane Wigington explains what geoengineering is and how it is systematically destroying the life support systems on this planet. The second video is a compilation of extreme weather phenomena that have been recorded in 2014. The 3rd, 4th and 5th video focus specifically on the unprecedented drought in the Western United States – California most of all – which serves as a perfect example of an all out climate engineering assault.

As the State of California has the largest economy in the United States, this de-facto environmental false flag operation [in which the ‘culprit’ supposedly is Nature itself], isn't 'a local problem'; the devastating agricultural effects alone will have severe consequences for the entire country. Behavioral and historical patterns of the New World Order psychopaths (who created the problem in the first place) indicate that it is very likely, that this 'environmental disaster' will be used as a pretext for Martial Law and a full blown New World Order scenario in the USA. Martial Law of course all under the guise of "a solution to the problem" and "for the good of the people", as the population of the State of California will have to be relocated to elsewhere in the country if the drought doesn't end.

With trillions upon trillions of dollars going into the defense budget every year you would think, that some of it could be spend on finding the 'solution' but No – no such action is taken. The US government apparently can keep track of the drought (see drought monitor here), but there is no funding to resolve it.

WHY?, because -as I said- the drought is artificial, intentional and geoengineering is one of the trojan horses of the military industrial complex.

The true and only real solution to the unprecedented and devastating drought in the West Coast of the United States and the extreme weather phenomena all around the world, is -of course- to stop climate engineering and let Nature take it's course. 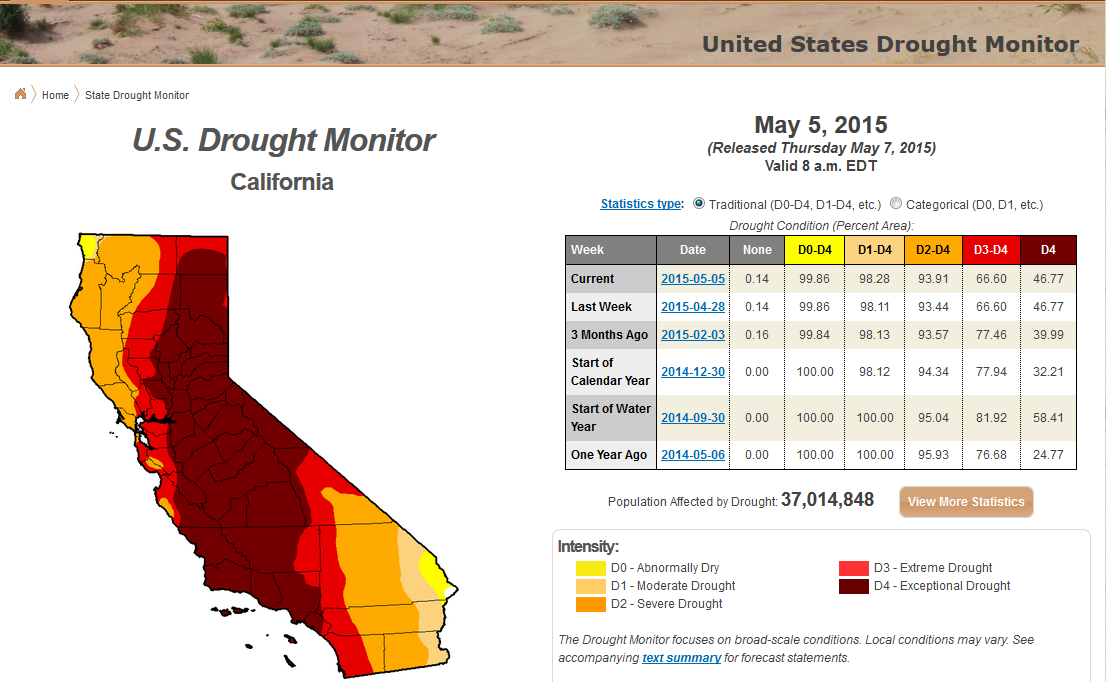 Recommend Reading with regard to this topic:


Other Articles On Be Brilliant