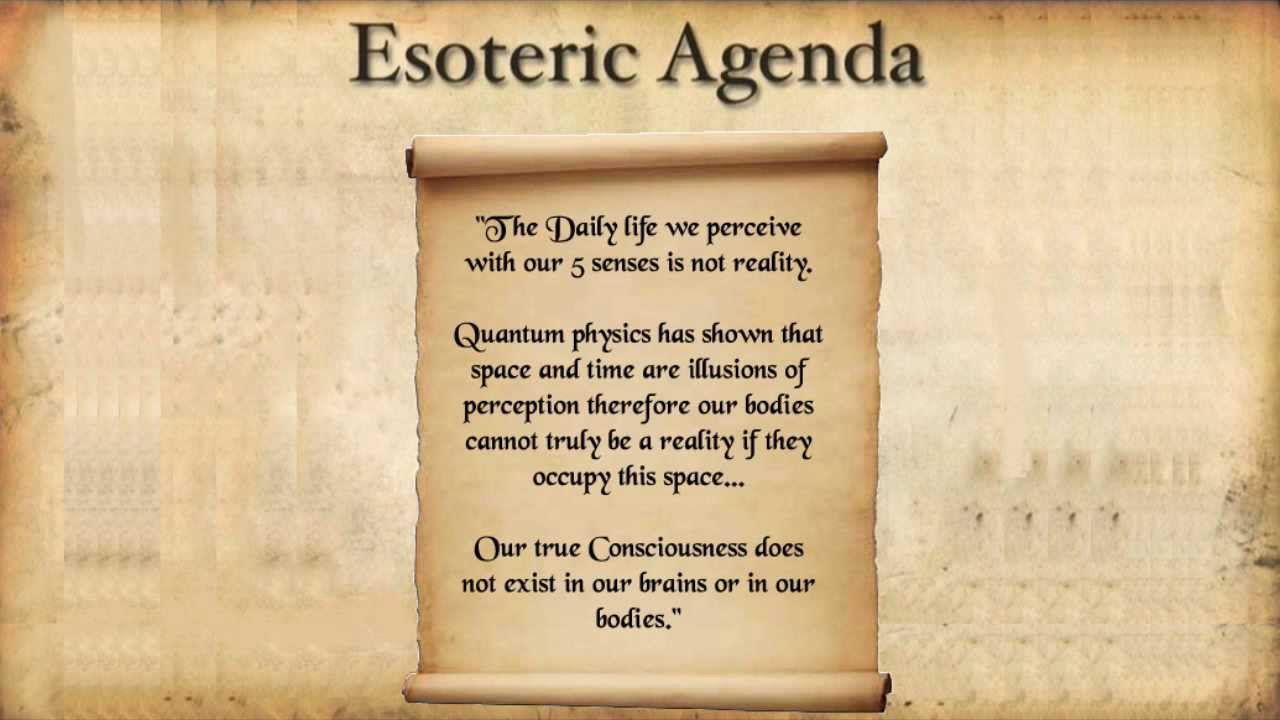 ‘Esoteric Agenda’ is a documentary along the lines of 'Zeitgeist'.

The topics covered include:

– The Mystery Religion
– Sun and Saturnalian cults
– The United Nations
– Codex Ailimentarius (total corporate control of health and healing and why)
– Climate Change (why the scam is being pulled right now)
– The privately owned Federal Reserve Bank
– The IRS
– Civil Law versus Maritime Law
– The North American Union and the end of independence and sovereignty across the globe.