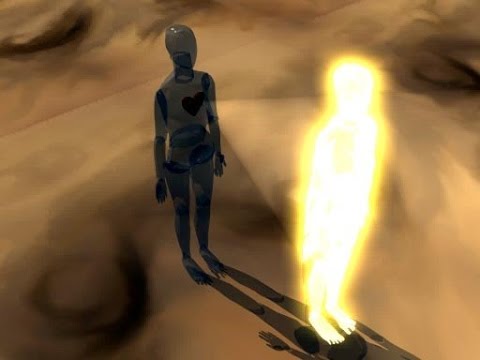 Do human beings have souls? From the beginning of human awareness – no matter the context and no matter the age – the answer was always “yes”. All cultures have universally argued that human beings are “ensouled”. About a hundred years ago, however, scientists decided that the “soul” is not a proper subject of scientific investigation – consciousness replaced soul. Then, the brain replaced consciousness. Lately, this perspective has led some scientists to argue that within 20-30 years AI, robotics and biological brains will converge to create a cyborg/Matrix like reality where there is, essentially, no difference between humans and machines.

Science of the Soul is a feature length documentary investigation into these life and death issues. From robotics to near death experiences, from attempts to achieve altered states of consciousness in the jungles of Peru to an exploration of infant state of mind, Science of the Soul explores the cutting-edge of consciousness related science to determine whether we are about to experience a new step in human evolution or the death of the human soul.

A very interesting documentary for the times that Humanity finds itself in since "COVID-19" and for the years ahead. If you think that human-like robots will not be around in your lifetime, have a look at what this company does and how far their technology has advanced: Hanson Robotics

Oh wait, I can hear you say it now, "Toto, I have a feeling we're not in Kansas anymore".

Thank you for your wonderful response to my comments. Manufacturing the baby is not my idea, it is also written in Vedas and to some extent in Bible too. In fact, nothing is my idea. I will take a look at the book Journey of Souls by Dr. Michael Newton that you have suggested. I did read the book Many Lives, Many Masters by Brian L. Weiss, and I have discussed it in my book on Soul Theory. One very important phenomenon happened to Catherine, a patient of Dr. Weiss, that through hypnosis she acquired the yogic power of third eye. That idea should be propagated. I did not write about it in my book. The book has a chapter on memory.

Your comment, “It is said that the soul visits the body on and off while it’s ‘under construction’ so to speak,..” is probably correct, and it probably happens in our life all the time. I have also read one article where it is demonstrated by one soul in public. But the soul cannot go alone, it must take the subtle body. This is an important phenomenon, but I did not see it in Vedas. Veda is too big to read, and I have never tried it, I left it for my next life.

The following is another example from Professor Ian Stevenson of University of Virginia, as described in the video, which eliminates the concept of circumstantial evidences.

A baby boy was born in a hospital, with a bullet wound marks on his chest and back. Doctors, nurses, and parents, all recognized this birth defect. When the boy learnt to talk, around age two, then over a year or so he explained how the marks happened. He remembered his past life name, how, when, and where he died, including the name of the hospital, etc. Then the boy became sick and had to go through a surgery to save his life. Doctors found a straight line bullet path inside the baby’s body exactly matching the autopsy record of his previous life data in the hospital.

This example proves many things about soul theory, which are beyond our modern scientific community: (1) Babies are not naturally grown inside mother’s womb. (2) Our soul manufactures the baby according to the destiny of the soul. (3) Memory is not in our brain, since during this growth period, there was no brain. (4) Memory is in the universe, and any soul knows how to access that memory. Any yogi with the power of third eye will be able to read the entire memory for all objects and for all time. (5) Humans and therefore all objects in the universe reincarnate. Etc.

For more details take a look at the https://www.academia.edu/38590496/A_COMPARISON_OF_MODERN_SCIENCE_WITH_VEDIC_SCIENCE This article also shows why all of modern science is wrong and truth cannot be found using such a scientific process.

Thanks for your very detailed comment. I downloaded the paper you are referring to and also the PDF of your book Soul Theory for further study.
You point out that a soul manufactures the baby according to the destiny of the soul and this is precisely what is also described in the book Journey of Souls by Dr. Michael Newton. It is said that the soul visits the body on and off while it’s ‘under construction’ so to speak, and it stays with the body for longer periods of time as the moment of birth comes closer. Another book that might be of interest to you with regard to this subject is Many Lives, Many Masters by Brian L. Weiss.

The fact that memory is not situated in the brain is also explained by Michael Talbot in his book The Holographic Universe which is also a very interesting read. Nassim Haramein has some enlightening viewpoints on the subject of memory as well.