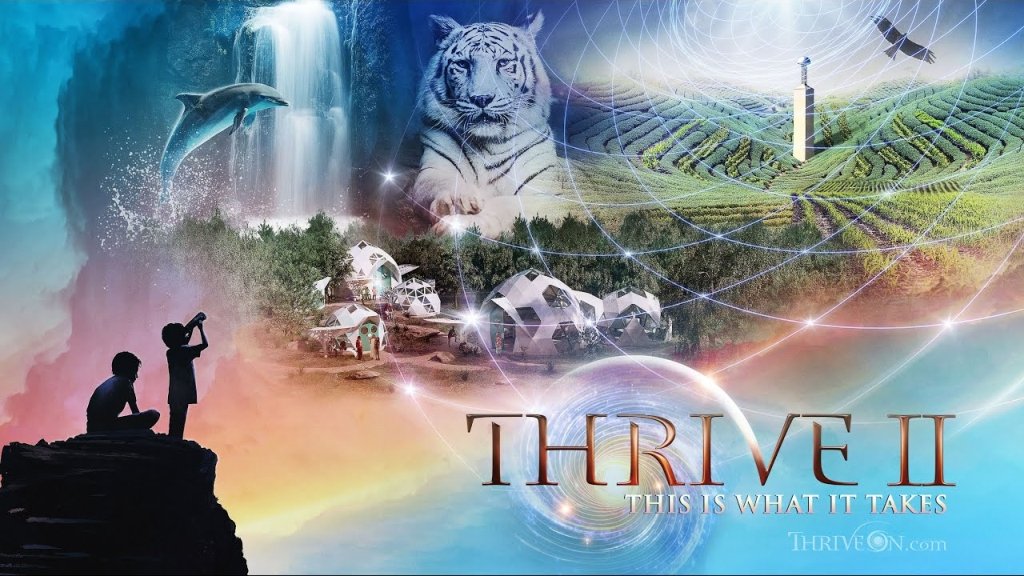 COVID-19 is a Tale told by an Idiot, Full of Sound and Fury, Signifying Nothing.

— William Shakespeare, if he had been alive in 2020

Foster and Kimberly Gamble have made a superb sequel to the THRIVE movie, and they premiered their much-anticipated film globally on September 26th, 2020. You will get the most out of THRIVE II if you have also seen the first film which was released online for free in 2011. In this very timely follow-up, the Gamble's present the results of their investigation into the most promising solutions in energy, health, consciousness, and non-coercive societal structures, that can and will make the planet and its inhabitants truly thrive if these solutions are made available on a global scale. They also show which institutions are going to extreme lengths to try to prevent this from happening.

You can watch THRIVE II online on THRIVEOn.com for a very small price and in case you're wondering, No, I don't get a fee for promoting the film. Compared to the small fortune that was spent on creating these 2 feature-length films, $12,09 (incl. tax) really isn't a lot to ask for a 72-hour online rental and I strongly encourage you to watch it.

You can either spend 2,5 hours watching, reading, and/or listening to the garbage that is being spewed by the mainstream media (..which actually goes on 24/7), OR you can spend 2,5 hours engaging your mind in some truly inspiring, highly informative and uplifting information. The choice, as always, is yours and this is the trailer of THRIVE II to help you decide.