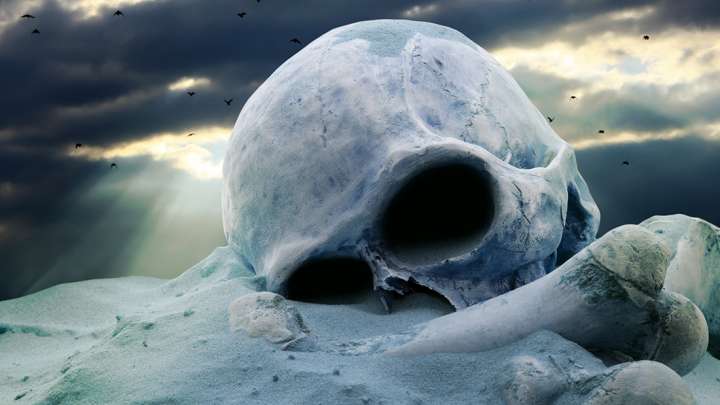 Imagine a virus, the most terrifying virus you can imagine, and then imagine that you and you alone have the cure.

But if your ultimate goal is power, how best to use such a weapon?

Watch this clip from the movie V for Vendetta. Truth really is stranger than fiction.

What will the World Disease Organization think of next? Hmmm, let me see, so first it was wash your hands well, keep your distance blabla, now it's don't shake hands at all, so next it will probably be don't have intercourse ever again in case the Corona Virus is sexually transmitted and the final step is don't breathe at all!!

Give me a F-ing break.

If this isn't a PSYOP, I don't know what is.

1. Television: The Number One Tool for Social Engineering and Mass Mind Control

Watch and listen carefully to what is being explained.

Quote from this video

The first order of business for a propagandist or an advertiser is to create the circumstances, that will induce the state of mind that is favorable to the reception of their message. And that state of mind is the hypnotic state of mind, making television extremely important in this whole process of creating a unified mindset among the entire population.

This clip needs no introduction. It really speaks for itself.

5. 9/11: The Perfect Example of FAKERY on TV and other News Outlets

Watch the 2 documentaries below if you want a better understanding of how images on news outlets, especially television reporting, can be and are faked.

You don't need a 160 IQ to analyze the images, just use your common sense.

More information on this link

7. A brilliant article by Jon Rappoport – Italy quarantines 16 million people: “the effect proves the cause”

Editor's update: By now (Monday evening, March 9th) the whole of Italy is on lockdown, which is a real bummer because I was so looking forward to having tea with the Pope this Sunday – NOT

Clearly the end of the Corona insanity is nowhere in sight. Let's put every country on the globe on lockdown and then see what happens. Will chimpanzees take over the world?….

The effect does not prove the cause. It never did. It never will. Aristotle figured this out 2300 years ago.

9. Why this Draconian Response to COVID-19?

Meanwhile, governments are willy-nilly making drastic decisions that profoundly affect the status of human freedom. Their decisions are going to affect our lives in profound ways. And there has thus far been no real debate on this. It’s just been presumed that containment of the spread rather than the care of the sick is the only way forward.

What’s more, we have governments all-too-willing to deploy their awesome powers to control human populations in direct response to mass public pressure based on fears that have so far not been justified by any available evidence. For this reason, we have every reason to be concerned.

Are we really ready to imprison the world, wreck financial markets, destroy countless jobs, and massively disrupt life as we know it, all to forestall some uncertain fate, even as we do know the right way to deal with the problem from a medical point of view? It’s at least worth debating.

10.  The Coronavirus May Be a Threat to Many, But the State’s Reaction is a Threat to Us All

TFTP (thefreethoughtproject) has spoken with a source in China who says that thousands of people are dying from the lockdown — not because they have the coronavirus — but because they are unable to leave their homes to receive treatment for curable diseases. To stop the spread of the coronavirus, Chinese officials have reportedly condemned thousands of other sick folks to death.

No one here is claiming that we shouldn’t have some level of concern when it comes to coronavirus which as of Monday morning has [insert: supposedly] infected over 111,000 people, killing over 3,800 worldwide. However, all of these police state measures raise an extremely important question that society must start to consider right now. Is the cure worse than the disease?

11. Containing Ebola: Quarantine and the Constitution

Presumably the federal quarantine law and the implementing regulations and executive orders fall within the power of Congress to regulate foreign and interstate commerce, although some recent statements by the Supreme Court’s conservative Justices call even that authority into question.

The civil confinement cases might therefore suggest that attempts to confine people because they are infected with a contagious disease should also be tested by the clear-and-convincing evidence standard. But as various academic articles note, that approach would be unworkable. If even one in a thousand people is likely to pose a risk of infecting the general public with a highly contagious deadly disease, then the government should be able to quarantine all one thousand, even though the probability that any one of them is infected is far below even a preponderance, much less clear and convincing evidence.

Public health officials appear to disagree about the efficacy of quarantine measures. Accordingly, a plaintiff’s mere invocation of that disagreement should not be enough to secure the judicial invalidation of a quarantine. Otherwise, the government could never implement a quarantine.

At the same time, however, quarantine amounts to an extraordinarily serious limitation on liberty. Moreover, even a quarantine that is justified for purposes of preventing the spread of a disease to the general population can put the individuals subject to the quarantine at greater risk of becoming sick themselves—by concentrating them among others with a higher risk of being infected.

Accordingly, judicial review of government officials’ claims that a quarantine is necessary to protect public health should not be a mere rubber stamp

Remember Swine Flu? The Corona Virus crisis is a crisis that has been in the making for decades. An excellent report by James Corbett in the video below.