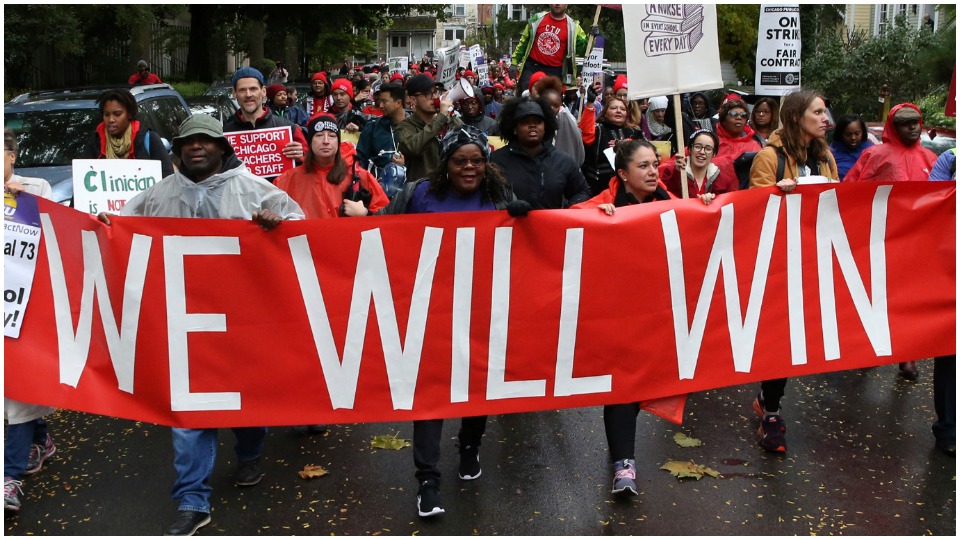 This is the greatest public health fiasco in the history of the world and the media has distorted it so badly, that much of the general public is celebrating villains and hissing at heroes , and even perversely enough, celebrating the destruction of their own lives and their children's lives.

The title of this article came from an excellent article that was posted by Ryan McMaken on the website of the Mises Institute. I urge you to read it before or after you've read this article, because he makes some very common sense points that seem to get overlooked by the general public. A few quotes:

In other words, government agencies may issue declarations of when pandemics end, but as noted in the New York Times last May, Pandemics typically have two types of endings: the medical, which occurs when the incidence and death rates plummet, and the social, when the epidemic of fear about the disease wanes. "When people ask, 'When will this end?,' they are asking about the social ending," said Dr. Jeremy Greene, a historian of medicine at Johns Hopkins. In other words, an end can occur not because a disease has been vanquished but because people grow tired of panic mode and learn to live with a disease.

All of this will go into calculating risk, and this is why the public's recognized end to pandemics is often different from the "official" end. The public is made up of countless individuals who make their own risk assessments based on the available facts.

I will point out once again that in the case of "COVID-19", a Mount Everest of evidence has already shown that it's not "an apocalyptic virus", it's not "a pandemic" and it's not "the bubonic plague" or some other lethal disease.

Flu seasons have been around since the Dawn of Time and I have no doubt that there is a cave painting or an Egyptian hieroglyph somewhere that shows a hunter or pharaoh sneezing.

What started out as a regular and harmless flu season in 2019/2020, was WEAPONIZED by a Satanic Cult of global "elite" and is being used for a Pharmaceutical/Technocratic Takeover. I've written more than enough articles on this subject already, and I refer you to the posts in this section if you are new to the site and would like to have more context: The Corona Virus Cult.

In this article, I'm going to share some additional material that I have found in my research that obliterates the "COVID-19" narrative. The psychopaths are struggling very hard and they are trying everything they can to keep the narrative alive, but you have to remember this: it takes an ENORMOUS amount of energy to keep a lie of this magnitude going, and ALL the "COVID-19" actors draw their energy from the public's fear and belief in the story.

As more and more people see "COVID-19" for the monumental fraud that it is, the air will go out of the balloon because the perpetrators are not being energized by being seen and treated as "COVID-19" rockstars, while they're in the process of killing more than half the population on the planet.

I'm going to kick the videos in this article off with an awesome video that was made by Jeff Berwick a.k.a The Dollar Vigilante in which he shows some very powerful clips. One of these clips is an interview with Bill-I-Have-No-Medical-Degrees-Whatsoever-Gates, in which this psychopath actually says the following: "we see a lot of things that are going very well, things like producing childhood death". Seriously, that's what he said.

If you're familiar with micro-expressions you can see that a split second after he says it, he realizes he verbalized what his REAL agenda is and he tries to brush over the remark. Watch the clip twice or three times if you have to, to catch it. Wake up people!

In this article, I also want to address everyone who works in ANY position or rank as a government official, or in law enforcement, i.e. police and military personnel first and foremost, but I'm also addressing the men and women who serve in the air force, navy, and intelligence services who all get their paycheck by following orders and just doing what they are told without thinking rationally. My message to you is this: even though you may think that you are "doing your duty" and are "serving and protecting your country", I can absolutely guarantee that the people and creatures you take orders from do not give a SHIT about you and/or your family. When you have served your purpose in their eyes, they will dispose of you just as ruthlessly as they are trying to do with the rest of the population. Think very carefully about where you put your allegiance and plant your flag, because nothing in life is without consequences. If you want to know what I'm talking about read these two articles as well:

Order-Followers and The Corona Virus Cult

Our System, Our Structure, Our Illusion

I started this article with a quote by Tom Woods and I've seen two exceptional presentations that he's given that I will end the article with. He made two poignant statements, from the looks of it without even knowing, that go to the heart of the matter and the ideology of the "COVID-19" perpetrators. As I've already said, their ideology happens to be Satanic.

David Icke on the Road to The Great Reset and the A.I./Transhumanism Agenda (live in Maastricht, Holland 2017)

It's a well-known fact that I'm allergic to religion and even though it's possible to argue about "good and bad Name-Your-Religion-Here", I think it's within the general consensus for those who apply logic and reason, that there is NO SUCH THING as "good Satanism" or "a good Satanist" unless you're a Satanist yourself. You might say that the only good Satanist is a dead Satanist.

What's very, very, important however to people who are Satanic, is to pretend to be perfectly saintly. Keep that in mind when you watch the 8 o'clock, or whatever o'clock news. (..which I never do by the way)

This is the link to Tom Woods' bio so you can read his credentials and you can find additional resources on https://tomwoods.com/covid

I've written extensively about mask-wearing and the effects of the lockdown on the global population since they started but, again, for those who are new to the site there is more information in these articles (and others):

The Lockdown Has Been Described as Medieval Medicine. It Is.

REALITY CHECK: Why Face Masks Don’t Work, According To Science

It's Time To Say No

It really is high time for the people of Planet Earth to reclaim and reaffirm their Humanity and there are some very simple things that you can do, even if you don't have your own website, to help with getting this started.

Have a few t-shirts made that say "I Know The Virus Isn't Real and Will Give You A Hug" and wear it everywhere you go. You can still be respectful of people's state of mind and only hug those people who approach you. Remember when the psychopaths tried to ban Hugging a couple of years ago!

You can also make a laminated poster for your front door, or a piece of paper (written or printed) for the windows in your house that say "I/We Know The Virus Isn't Real. Ring The Bell between [enter the time here] If You Need A Hug". You can also have a bumper sticker made that says "Honk If You Know The Virus Isn't Real", or just write it on a piece of paper and tape it to the inside of the rear/front window of your car.

I'm sure there's a lot more you can come up with so be creative! If there are TWO things the perpetrators of "COVID-19" can't stand it's creativity and unpredictability, so go ahead and annoy the hell out of them. (literally

You can also regain your sense of well-being by disconnecting from mainstream media reporting. Make an agreement with yourself to check the news once a day and leave it at that. Spend as much time as you can on activities and information that is uplifting and empowering instead of draining.

Play board games with your family, buy paint-by-numbers kits and puzzles for your kids and all sorts of other toys that will stimulate the development of their right brain (i.e. creativity and intuition) instead of shutting it down, which is what the "COVID-19" perpetrators are trying to do.

The Revolution Will Not Be Televised, But It Will Happen.