In 1975, physicist Fritjof Capra wrote an unusual book about physics and Eastern mysticism titled "The Tao Physics". Though some of Mr. Capra's colleagues were 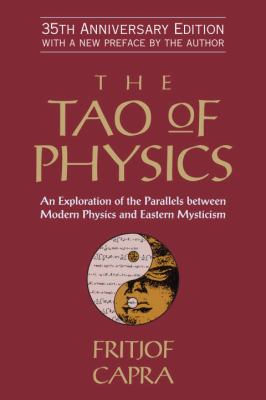 offended that any physicist would compare the science of modern physics with the religious practices of Eastern mystics (primarily the beliefs & practices of Hinduism, Buddhism, and Taoism), the reality is that there are some very striking similarities between the intuitively Eastern mystical view of reality and the experimentally rational view of quantum theory.

Part of the reason for this is that both physicists and Eastern mystics find it very difficult to explain their observations in language (including the language of mathematics) because their experiences are not encountered in our every day, mechanistic macro world. Up until the time of Einstein, physicists were comfortable with explaining the world using Newton's mechanistic theories. However, Einstein realized that there was a fatal flaw with the Newtonian view which presumed that gravity is felt instantaneously regardless of distance. Also, Newton's law of gravity really didn't explain exactly what gravity is. With a stroke of insight, Einstein realized that nothing could travel faster than the speed of light, including gravity, and several years later was able to explain gravity as being the consequence of the curvature of four-dimensional space-time due to mass.

These discoveries threw the world of Newtonian physics upside-down, but as Einstein's theories demonstrated, the Newtonian view was still valid for objects whose speeds come nowhere near the speed of light. Hence, Newton's laws of motion and gravity were still valuable, but in actuality, are only good approximations that can be used to explain movement in our frame of reference.

Einstein, however, could not accept the views being developed by his contemporaries in the field of subatomic particles, because Einstein maintained that elegant simplicity and orderliness existed at all levels of the physical Universe. Niels Bohr and Werner Heisenberg, on the other hand, discovered that the subatomic world was anything but simple and orderly. Instead, they, and the physicists who followed them, discovered that the subatomic world is not comprised of hard, independent, and quantifiable particles, but of highly unpredictable and interconnected packets of energy. These packets manifest both as particles with mass and as waves of energy that can only be partially explained through the use of probabilities.