Please note that you will not find anything on my website that supports "the official story" for the corona virus. If that's what you're looking for go to the news broadcasts of the mainstream media madhouse. However, if you value your well-being and Human Rights and would like to know more about the agenda behind this "outbreak" read on. Unlike the mainstream media I don't need you or anyone else to believe what I post. Just look at how events are unfolding and then try to proof me wrong.

If you go to a doctor's office because you have a sore finger and the doctor says, "..well, the only cure I can think of is to cut off your entire arm", you'd be out of there in less than 5 seconds. (at least, if you're not mind-numbingly stupid)

Now, as I have a background in Finance I would like to present you with a little calculation. Let's say that there are currently 7,794,798,739 people in the world and let's say that 6,526 have died from corona to date, March 17th 2020. (click for source data) Mind you, that is if you believe the numbers that are being reported by the U.N., WHO and such and I don't believe ANYTHING they are reporting. Even so, if you use their own numbers it would mean that only 0.000084% of the world's population has supposedly died from this virus, but it has been labeled "a pandemic" and the solution, according to political "leaders" worldwide, is to crash the global economy. Imploding the global economy by putting millions of people out of work and in lockdown is going to "stop the virus". If you don't think that's insane you need to get your own head examined. Really. I'm not kidding. The corona virus isn't going to kill you, but the measures that are being taken by governments worldwide will.

Update March 23rd 2020: As I have visitors from all over the world on my site I am posting an update as The Netherlands just turned into NAZI GERMANY again. Earlier this evening the government announced that the country isn't going into lockdown, but people will be fined if they don't maintain the "1.5 meter distance" from each other, all gatherings are forbidden until June 1st and you're not supposed to have more than 3 people visiting in your house. The government is actually trying to dictate what you do in the privacy of your own home. F*** that. Not going to happen. And all of this "because of the corona virus". Look at what already happened in India:

Maharashtra Stamps Left Hand Of Those In Home Quarantine 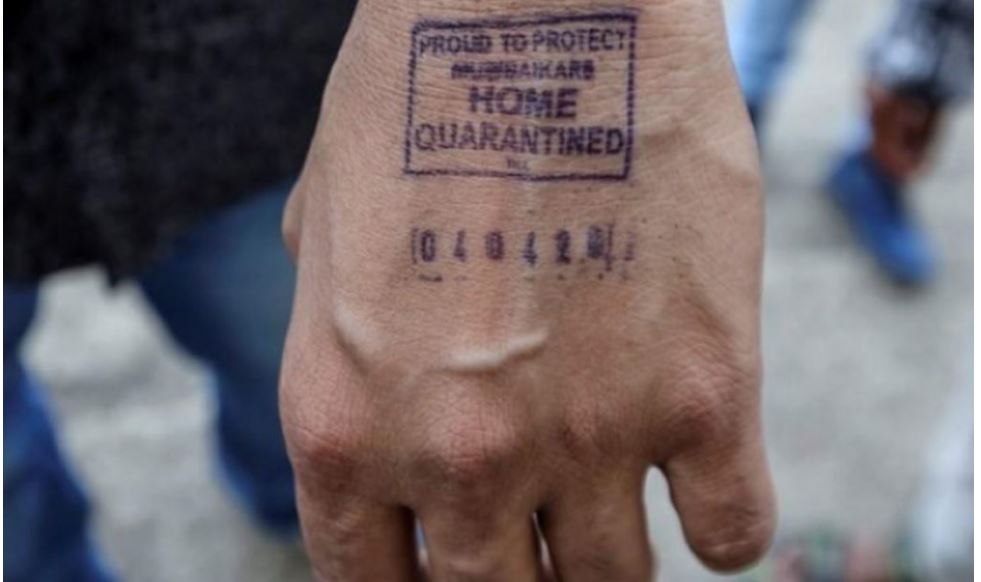 I am linking to THIS article to remind you of what happened in World War II.

Anyone with an IQ over 40 knows that if the government REALLY cared about people's health, the advice would be to strengthen the immune system by healthy living, proper nutrition and rest. Eliminating fundamental human and civil rights has ABSOLUTELY NOTHING to do with eliminating a virus. WAKE UP PEOPLE. Don't stand for this. I won't. What's next? Having to wear a yellow star on your coat if you're a perfectly healthy human being?

Update April 18th 2020: Section added to the website, Nazi Ideology & The Dark Occult – Then and Now

Read on to learn more and make sure you end up on the right side of history for the corona virus.