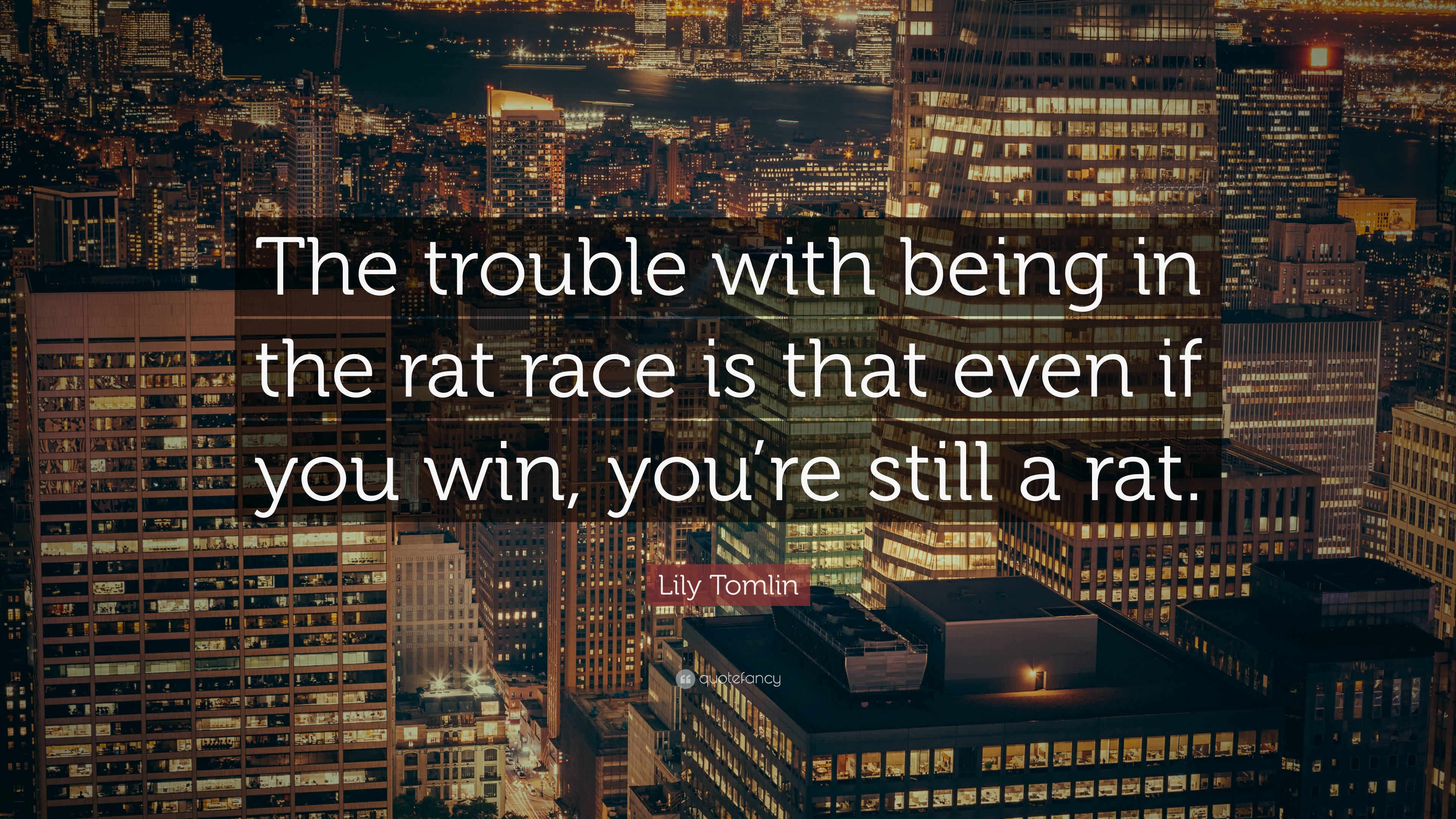 The animated short film "Happiness" is a truly spot on depiction of today's society. It's the story of a rodent's (meant to represent a human's) unrelenting search for happiness and fulfillment in all the wrong places.

The moral of the story?: Instead of mindlessly contributing to the rat race ask yourself what you can do to contribute something to the greater good.