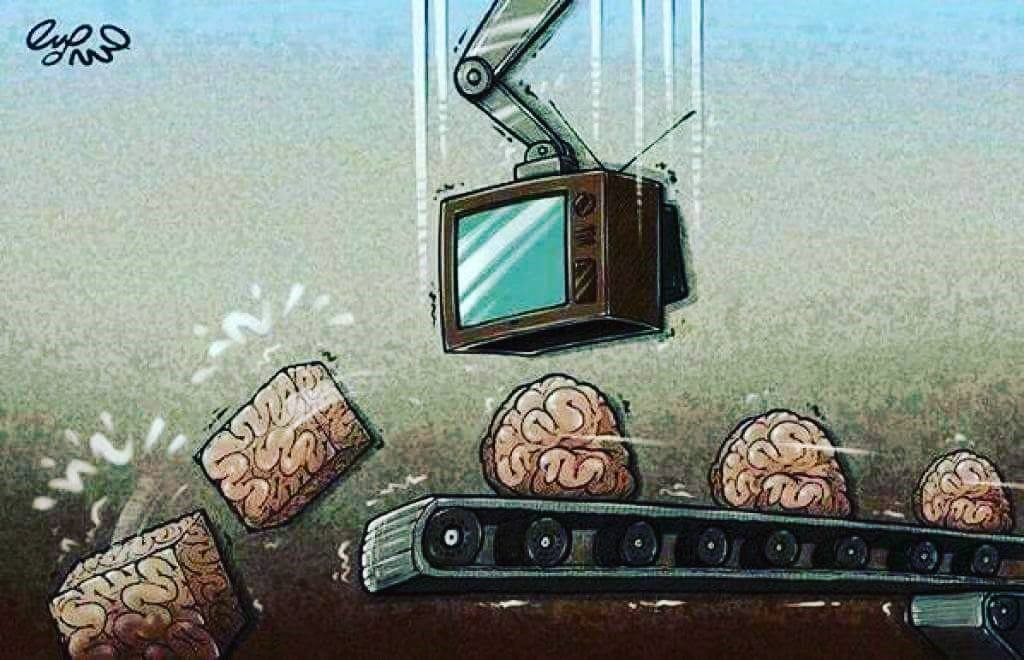 An example of the things that can be found online when you don't use Google as a search engine. This clip is priceless and so funny because it's true.

This is how the mainstream media portrays events, major, minor, local and global. Lots of flash, lots of bright and shiny colors and lots of sensation, to distract you from the fact that NOTHING they are saying was actually thoroughly investigated.

Many people have been pooh-poohing science fiction for years and now they find themselves living in what seems to be a never ending episode of The Twilight Zone. There is a lot of rubbish in the science fiction genre but if you are able to find the series of better quality and watch critically there are many clues to the technocrats' agenda there as well.

What better place to hide the agenda for a technocratic society in plain sight than science fiction. The clues have been placed there long ago (also in science fiction movies, especially dystopian sci-fi) just to see if people would pick up on them and, if they did, to see how they would react. No response is great for the technocrats, because in their sick and twisted minds it means you agree with their plans.

Remember the intros for the sci-fi television series The Outer Limits that first aired in 1963 and then again in 1995?

There is nothing wrong with your television set. Do not attempt to adjust the picture. We are controlling transmission. If we wish to make it louder, we will bring up the volume. If we wish to make it softer, we will tune it to a whisper. We will control the horizontal. We will control the vertical. We can roll the image, make it flutter. We can change the focus to a soft blur or sharpen it to crystal clarity.

For the next hour, sit quietly and we will control all that you see and hear. We repeat: there is nothing wrong with your television set. You are about to participate in a great adventure. You are about to experience the awe and mystery which reaches from the inner mind to The Outer Limits.

There is nothing wrong with your television. Do not attempt to adjust the picture. We are now controlling the transmission. We control the horizontal and the vertical. We can deluge you with a thousand channels, or expand one single image to crystal clarity… and beyond. We can shape your vision to anything our imagination can conceive.

We will control all that you see and hear.

You are about to experience the awe and mystery which reaches from the deepest inner mind to The Outer Limits.

They are actually telling you that you're being hypnotized and brainwashed. If you keep watching anyway, it means you consent.

It should be obvious but I'll say it again: STOP WATCHING TELEVISION. Your mind and body, i.e. your entire well-being is under attack every second that you're watching.

In this day in age you can find all the information you need online. Use your discernment to choose your own content and never forget the knowledge you can get from simply reading a good book!