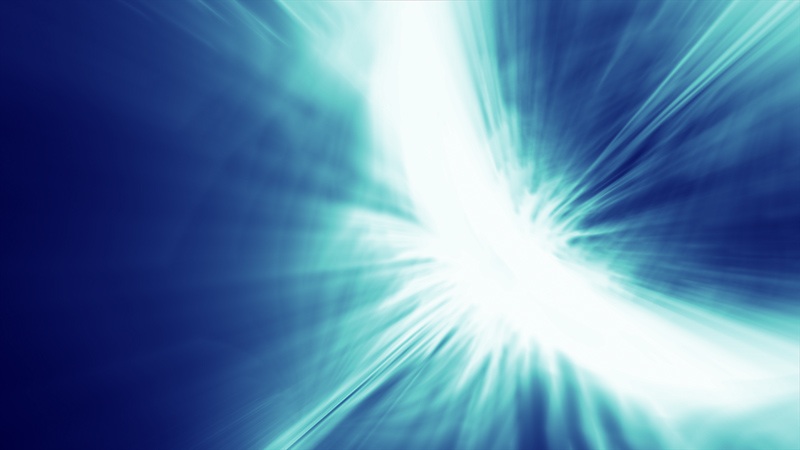 Of all the enduring myths transmitted over time, the age-old belief in the force of the Light and the force of darkness is the most prevalent. We often recount tales of good against evil or vice versa but often this view and the accompanying beliefs do not reflect reality.

There is in fact only one Force emanating from the Light. It is a force that uplifts, nurtures, reinforces, and sustains all of Creation including the Universe. This force is neutral and furthers life, supports all living creatures and beings, and ensures movement that is essential for all that exists.

In the immensely popular movie, Star Wars, reference to the Force probably became so trendy because it reflected the reality of the existence of only one force. Unfortunately, like many stories, the underlying true idea succumbed to fiction when it portrayed a dark side to the force. In reality, this is impossible owing to the fact that the Light is neutral. This life force is at our disposal and we apply it according to our human volition. It is the manner in which we choose to use this life force that can either create harmony and enlightenment through observing the laws of the universe, or we can bring about discord, problems, and evil deeds that draw us further away from the Light if we choose not to observe these laws.

And this alone is how the darkness can arise. Human beings have free will to choose the path that leads to the Light. We can choose to stand in the Light and respect our surroundings and our fellow human beings by observing the operating laws within Creation. On the other hand, we are also free to choose a much more difficult path, one that is self-serving, filled with dark deeds and thoughts, a path that strays from the natural order within Creation and leads to chaos, suffering, and oftentimes self-destruction.

Unfortunately, a great portion of humanity today stray on darker paths, and there are a large number of people ready to fight for the darkness, hence the epic fight between good and evil that is so prevalent in these times. However, in spite of the numbers there remains only one force at our disposal, regardless of the light or dark path we choose.

Due to the fact that this one force emanates from the Light, the people fighting to stay on the Lightpath in this struggle have a tremendous and immense advantage because they use this force in its full power. When this force is then used by people intent on darker deeds, they weaken, deform the power of the Light, and are unable to use its full strength because they deviate from its true nature. The use of this force for good, be it in our thoughts, words, and actions to fight off the oppressive darkness, will always be stronger than everything born of evil or destructive intent.

When the Light force is applied according to its true nature by human beings, it will always set the most intense and undimmed power in motion and conquer the darkness. There is no other alternative. Here on earth, where we are bound by time and space, it can appear as if the darkness very often has the upper hand and can be confusing as to who is winning the battle, since so many individuals have chosen paths that lead away from the Light through ignorance or intentionally. But the age-old adage is true: the good guy always wins in the end. Human beings toiling on the path of Light, or striving towards it, earnestly seeking it, fighting for it, using the Force of the Light constructively to build upwards and for salvation, will always be on the winning side. The intensity of their volition and the effort they make in order to evolve or redeem themselves will ultimately decide the outcome. But they definitely have the advantage.

It is high time we set out to correct the myths and beliefs about the power of the Light and darkness. The Light will always prevail, contrary to what people would have us believe in many video games, television series, or even books and novels where their plots depict the forces of darkness defeating the Light, or destroying Paradise, or even more preposterous, bringing down the Heavens. Darkness is incapable of such things. Its reach is limited to the Earth and the planes below it. And even now, it is losing more and more ground on Earth. In this final struggle between Light and darkness, the Light advances forward, destroying the darkness on its battleground, the Earth, with unprecedented strength.

This power of the Light is available for all to use, and because of this there is hope for all of us who hope for a better world, hope for a better life, strive to improve ourselves, strive to set things right that might have gone very wrong and very dark. We all have access to this Force and are free to use it in accordance with our free will. We are responsible for how we use it and even if we stray, it is always within our reach to utilize this power for what is good and noble.

So, for each and every 'Light follower', there is hope to win this battle. And for anyone surrounded by darkness, or who finds himself/herself on a dark path, there is always the possibility to draw from this wealth of Power and set things right again, to change course and once more aspire towards the Light. An earnest volition for the good, a pure striving out of our inner core, is the only condition. Whoever we are, whatever we have done, this Force is available to us in order to ascend on the path of redemption. There is hope on any path we may find ourselves and the power of the Light is always within reach to sustain us in our goal to become a human being in the noblest sense.

We can rest assured that the Light always prevails and that a firm volition for the good, together with earnest work on ourselves and our surroundings, will only bring blessings and the best chance of success. Hope floats, Light always triumphs.